“You’re kidding. You’ve never seen To Kill A Mockingbird?” my friend Jean said on the second evening of our vacation in Scottsdale, AZ.  I interpreted that to mean, “On what uneducated, uncultured planet did I grow up?” So we went to Target and purchased more movies than we could see in the few vacation days we had left. When we got back to the condo, we watched the movie most important for my education first.

It had every storytelling tip I’ve ever read for writing a breakout novel. The story, narrated by an adult viewing her childhood experiences, illustrated the historic perspective. The youngest character, Scout, through whose eyes we saw the events unfold, brought a fresh innocence to an issue that still refuses to die down. Her childhood experiences still influenced her as an adult.

Conflict makes interesting storytelling. Scout, about six, and her brother Gem, about ten, had plenty of conflicts. In fact, Scout had several scrapes in school defending her father. Although Scout had lots of spunk and was willing to try anything, if it meant she could tag along with her brother, she was also loving. 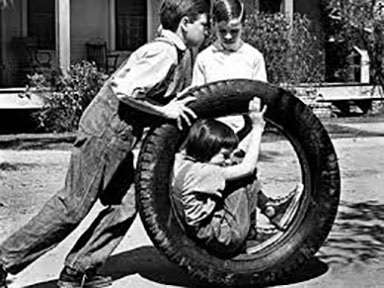 In order to be a breakout novel, a book needs internal issues tied to larger issues. In this case, the trial of a black man alleged to have molested a white woman provided the requisite controversy. In 1962 when the movie came out, the lack of civil rights in the South was coming to a boil.

At least some characters in breakout novels need to change during the story to keep it from being flat and dull. I think all of the major characters made some changes. One of the characters who changed the most was a client who wouldn’t talk but brought the family gifts to pay for his attorney fees. When Scout picked him out of the lynching mob and began talking to him, he spoke up and broke up the mob. I think even the steady pillar of a father changed at the end when he realized that the law couldn’t solve all the problems that society had.

In an excellent book bad things need to happen to good characters, and the more bad things the better. This story had more than its share of obstacles. The father, Atticus, almost got lynched. The villain accosted and almost killed Gem and Scout in the forest. Atticus lost his case, in spite of his brilliant defense. The defendant didn’t wait around for a retrial. One disappointment led to another. The virgin viewer has no clue what is going to happen at every step.

Stories, at least in America, usually need a happy ending to break sales records. This tale didn’t end well for some of the characters, but the family took away some valuable life lessons. Scout made a new friend and lost her fear of the biggest monster in the neighborhood even as he was confirmed as a murderer.

We saw two Julia Roberts movies that I would characterize as mediocre. The first one, Secret in Their Eyes is showing in the theaters, so I’m not going to spoil it by telling you too much. You can watch more than enough trailers for that. I didn’t have a lot of sympathy for the man who was killed in the line of duty. He was never portrayed as a noble character. Therefore, I felt that the sympathy the characters portrayed at the end were not sincere.

I’m not sure how I felt about the love situation either. The authors built the drama well, but for me, it just hung there and didn’t move me.  Again it seemed contrived and insincere. The husband remarked that “he,” meaning the past loved one, had been in their marital relationship for twelve years. Really?  We only heard from the husband one time, so there was no build-up of jealousy. We do not have any indication that the two lovebirds were in contact during the intervening years because they didn’t seem to know what had transpired in each other’s lives. So why would the husband make such a random statement?

I think this movie needed some time to work out the bugs. 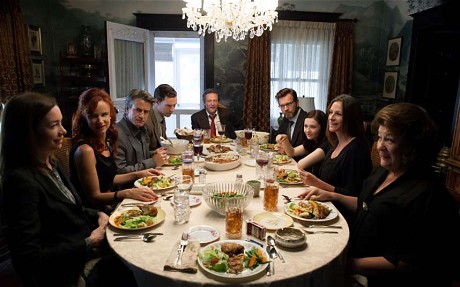 The second Julie Roberts movie we watched at the condo. August: Osage County seemed more sincere or believable maybe, but we left the DVD at Diamond Resorts in Scottsdale, AZ for the next guests or employees to not enjoy. I don’t think this movie had an upside. Both Jean and I were shocked that so many stars studded it. That doesn’t sound good. But then neither was the movie, in spite of the fact I like the stars in it. They were just clouded over by a lousy plot.  Don’t waste your $5 to buy the DVD. That’s my opinion anyway.

On what planet did you grow up, and what good movies have you missed?  Which ones have you seen that you would recommend for those of us just joining planet earth in 2015?