I stepped out of the museum yesterday with Mr. Tom Sweeney, a Woodlaker whose family has been in Woodlake since the 1870s, who had come in so I could record his oral interview for any future books and for the museum archives. We struggled to get the chain strung across the new driveway.

A stranger drove by, rolled down his window, and asked, “Are you ever going to open the museum.”

“It’s a date!” he called back smiling as he waved then rolled his window back up.

Few people have any idea how much time it takes to gather artifacts and pictures, sort them into some kind of an order so that together they tell a story, and then arrange them in the space provided.

Trust me it is a momentous task. Marcy Miller, almost single-handedly, set out to do this work to honor her parents and the other families that had come to Woodlake to make this a community. She had the help of one friend,Debbie Eckenfel. I went in to help once or twice, but I was clumsy, and was just in the way more than I helped. They were precise, and my eyes prevent me from doing anything exact – even with glasses.

They trimmed pictures, mounted them, put them in frames, arranged tables, brought in the big displays, went to Woodlake Hardware and picked up more antiques that had hung on the walls for probably fifty years.

Morris Bennett, owner of the store for over fifty years, retired from Woodlake Hardware at age 92 and donated them to the museum. Marcy and Debbie rearranged them on large display boards. They set a pair of skates on a pupil’s wooden desk from the same time period. They stacked and separated, stood back and examined, and rearranged. They recorded each item in a spreadsheet, first writing each entry by hand as they handled it.

It has taken two years after the museum building was completed before it was ready to open. People got impatient. They wanted to see inside. Marcy and Debbie kept working. Rudy Garcia, President of the Woodlake Valley Chamber of Commerce, added some farm equipment he had received from folks in Red Banks. Agriculture is the major industry of our county, but in Woodlake, “We R Agriculture,” my own new name of us. We grow oranges and raise cattle. Our major claim to fame is the Woodlake Rodeo, which is famous nation-wide. Slowly people donated money to build the building and items to display inside.

Andrew Glazier doesn’t have a lot of money, but he loves Woodlake. He is a local landscaper who believes in using native materials. He donated all the materials to redo the landscaping. He comes when no one is looking and puts in more bark, and evens out the land. He sweeps the new parking lot so not a single piece of bark remains, then he locks the chain so cars can’t drive and leave dirty marks on the new cement. He gets everything ready for the Grand Opening.

The museum was not alarmed. Some people, like me, were afraid to bring items of value to put in the building.  Now the building is safe and alarmed. Mr. Peden donated the jacket he wore to pilot Air Force #1. Took it off right after he spoke at the VIP donor opening event.

Marcy and Debbie want everything to look just right for the Grand Opening. They come and mop all the floors and dust all the displays.

Jennifer Malone comes with her family to lovingly place baskets, valuable as collectables, into the glass cases so the public can see the amazing designs from the Yokuts Indians who lived in Woodlake for centuries before American and Mexican people ever saw it. I heard laughing across the hall coming from the basket room.  After most of the guests had gone,  I had to go investigate to see what had been so much fun.

Jennifer’s mother, Marie Wilcox, brings her walnut dice with sparkly shells embedded in the center so we can play Wukchumni games. If you roll five with the center up, you get two sticks. If you roll seven, you luck has changed and you have to give up sticks. When all the sticks are gone, you take your opponents sticks, and they take yours. It’s a do or die game. I won!  I jumped up and down and cheered. Everyone looked happy for me. No one brushed all the sticks and walnuts off the table. We laughed and laughed and hugged and hugged.

Our Grand Opening is today. I can’t wait to see who will come.

14 thoughts on “Grand Opening for a New Museum” 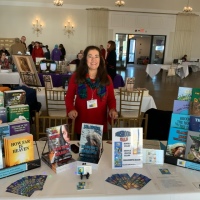 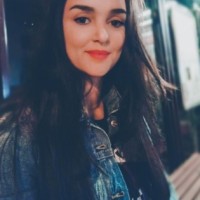 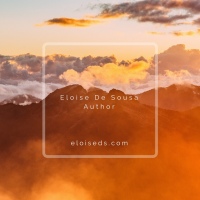 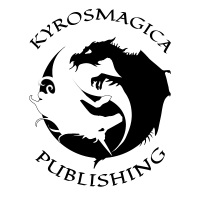 Kyrosmagica Publishing - The Magical Home of Books, Writing and Inspiration