When I have too much to do, I do more so that nothing gets done perfectly.  In November I chose to write 50,000 words for NaNoWriMo.  I completed the basic novel, but that drove me to read for the purpose of looking at plot, dialogue, description, and general organization of novels.  In December quest for improving my novel, so far I have read 5 novels, 2 on Kindle and 3 in paperback.  I clocked over 20 hours of plane time, not counting waiting in airports over the last three weeks, and when I couldn’t use my phone, I had a paperback to tide me over.  On my phone, I just finished By Reason of Insanity by Randy Singer, and The Accidental Tourist by Anne Tyler.  In paperback, I read Twilight by Sherryl Woods, The Casual Vacancy by J.K. Rowling, and James Patterson’s Kill Me if You Can.  As an aside, if you buy a book in the Sacramento airport, you can return it and get 50% off the purchase price.  This works well if your plane doesn’t return at 10:35 p.m. and the bookstore open, and you’re not in a hurry to get to the hotel anyway.  I’ll give it to a friend.

The Casual Vacancy began with an unexpected death by natural causes of a leader in the local political system.  Though I read this one first, and it is one of the longest at 502 pages, it might be the most memorable.  Dowling separated dialogue with miles of description. …”they had a clear view of the dark skeleton of the ruined abbey that dominated the town’s skyline… (4)”  Right away you have a clue that this the setting will be in England, and the political system is church oriented.  The plot is intricate, and character development intense and intertwined.  Adults have their dramas, but their children’s interactions and deceptions are what drive the story to a dramatic finish.  Sex and bad language, graphic in places, wouldn’t necessarily be classified as erotic. This was the only 3 star book that I read, but it had 4,347 reviewers.  The sheer numbers of reviewers tell me that it deserves many more stars than it received.  The descriptions deserve hours of copious note taking to usurp her unique wording and turn them into clichés.

Twilight like The Casual Vacancy started out with a death, but this one was the murder of a pastor who worked with inner city children in Chicago.  The widows in both novels did not appreciate the charity work that their husbands did for impoverished, street kids, and had church members who did everything but demonstrate the love of Christ.  Both widows had been devoted to their husbands, but immediately had suitors. In Twilight, dialogue drove the story more than description. The sex in Twilight, while less graphic than Dowling’s novel, stimulated the reader’s romantic imagination.   To me it was a little unbelievable, and less of a model for my writing.  Nonetheless it was a New York Times Best Seller, so people clearly liked it.  Only 13 people have reviewed this 4 star book on Amazon, so here’s my chance!

Kill Me If You Can by James Patterson and Marshall Karp was strictly a mystery with fast action on every page.  Indicative of the rapid pace, the book had 104 chapters, one for every change of conversation, and conversation guided this book as well as Twilight.  The minimal description moved briskly in short, choppy sentences.  “The talking was a big mistake.  Those extra few seconds were what I needed.  I pushed Katherine to the floor and flung the medical bag at Marta.”

A page turner on my iPhone, By Reason of Insanity, was more of a John Grisham type novel with 110 action-packed chapters and 382 pages.  No sex, but hints of electricity dotted this murder mystery.  Lots of people died, and some were presumed dead who didn’t die.  While this reader didn’t suspect the suspect, I had no clue who the real killer was.  Usually I guess wrong when I try to figure out mysteries, and this time was no different.  I can’t even figure out the mystery when I’m writing it.  The creep I thought did the deed, turned out to be the one who saved the day, but you may get it all wrong, too, and so I may have just told the end of the story.  The descriptions were not as outstanding as J.K.’s but they kept the reader interested.  “There are a million guys who would swallow broken glass just for a chance to take you out.”  I might be moved if a guy said that to me, but it didn’t trigger any romantic feelings in me as a reader. Since this was an e-reader, I have no idea how high it was on the book selling list, but along with 143 Amazon reviewers who rated it a 4 star novel, I enjoyed Insanity more that both Twilight and Kill Me If You Can, and, like millions of other readers, and I enjoyed them.

Finally, the e-reader that I read because I borrowed its title, The Accidental Tourist by Anne Tyler was probably my favorite because it was so funny.  Like all the other books except Rowling’s it had 343 pages, but only twenty chapters, 120 reviews and 4 stars.  The reader meandered through laughable drivel in this book to discover the plot hidden among the hilarious conversations and descriptions.

“Maybe you should put on your glasses.”

“Putting on my glasses would help you to see?” …

“Did you see the boy with the motor cycle?

“He was parked beneath the underpass.”

It’s crazy to ride a motorcycle on a day like today.”

Their conversations don’t flow with each other, typical of many real conversations.  The protagonist inserts many of his own thoughts which are just as inane as his conversations with others.

The descriptions are as compelling, in my opinion.

“The car drew in around them like a room.  … Earlier the air conditioner had been running and now some artificial chill remained, quickly turning dank, carrying with it the smell of mildew.”

I have definitely smelled that in my car, haven’t you?  I would love to just clone this book, and publish it under my name, and I’d be done, but now I have to go back and polish mine, and try to make it as readable as Anne Tyler made hers.

I’ve had an enjoyable month of reading.  Unlike most of my reviews, I didn’t even consider Common Core Standards when I read the books.  These were all strictly for enjoyment and a little bit of studying the art of writing a novel.  I hope you will enjoy some of these novels as well.

10 thoughts on “A Flurry of Book Reviews” 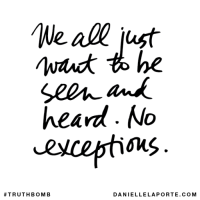 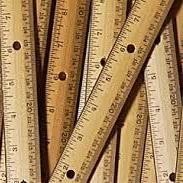 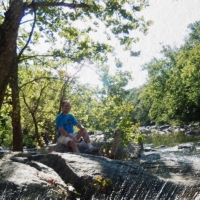 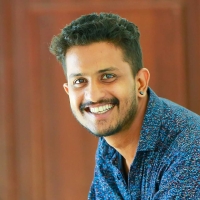 Thank you Jose, Theodore, Victor and Sally for turning this corner into a lovely area! 🧤🤗🤗
She’s inspired

The Writer Next Door | Vashti Q