How fortunate for me that the WP Photo Challenge is so unexpected.  I didn’t expect to have Monday alone in St. Louis, but most of my friends left on Sunday, so I had unexpected found time to explore on my own.  I like to go the seamy, trashy underbellies of a city when left to my own devices.  I know – that’s unexpected.  I was downtown with no car, and wanted to find the local river, you know the Mississippi.

It’s not a particularly well-known river in these parts.  That’s because it’s so hard to find.  That was unexpected.  There were no signs pointing the way, no tours advertised in the hotel lobby.  I had to ask a passerby how to get to the river front.

Most cities flaunt their river fronts with chic shops and restaurants.  Some places combine the two like good book stores where you can browse among thousands of books, choose something, and sip a cup of coffee in between moments of distracted staring out the window at the beautiful river.

The first person directed me in the general direction towards the river.  I finally got close enough to catch a glimpse of his idea of, “Go straight down this street and you can’t miss it.”  Finally, I caught my first glimpse of the great Mississippi.  Can you find it?

Do detour signs make you dismal?  When you motor in unfamiliar cities, confident that your GPS or map skills would direct you to your destination, have you ever found that the recommended street was unexpectedly closed for construction?  Fortunately I was on foot because there were plastic construction fences everywhere. The closer I got, the more nervous I became that here would be no hole in the fence, and I would have to recalculate, make a u-turn, and find an alternate route – again!

Fortunately I saw one other person walking my way, so I knew he had come from the other side of the red barrier somewhere.  Once I squeezed past the plastic rope barricade I reached the chic restaurants and bars.  I don’t know who else could, though.  Streets in Atlanta proved hazardous to me and to Cheryl, a friend of mine, four years ago at NCSS, but those streets and sidewalks were silk roads compared to these.

Have you ever driven through an unfamiliar town at night and it seemed that someone had hijacked all the street signs so that GPS, iPhones, and traditional maps were useless?  Now I know where they put those signs.

This must be very helpful when you walk with your handsome date in your platform heels down a dark street to go to a bar with a great dance floor.  Keep in mind that the sidewalk, though a little wavy, might have been walkable, but if you unexpectedly veered into the street, the least bit tipsy, you would probably not make it home with all your bones attached. 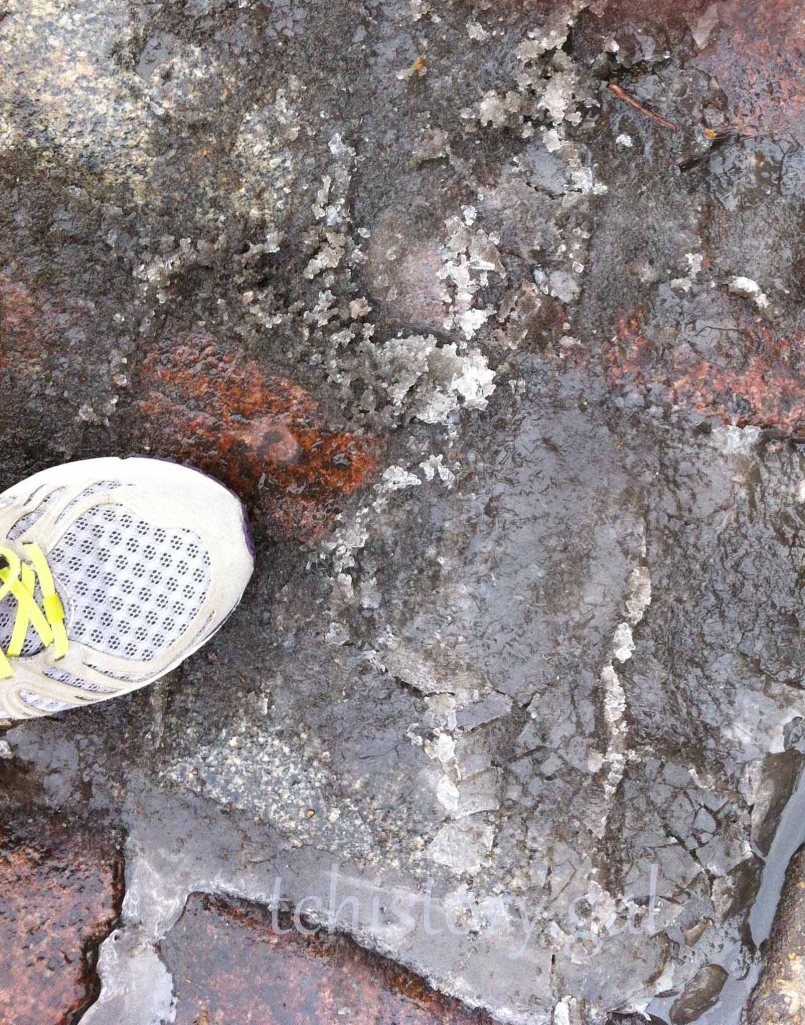 It was so cold that your feet might have slipped on the icy bricks.  By morning only slush remained seeping between the cracks.

I wondered how any of the business in this area stayed afloat, even when there were no flood waters.  I unexpectedly encountered the famous St. Louis Wax Museum.  It looked particularly inviting with professional signs admonishing me to carry cash if I wanted to see their evil, life-like monsters.

There was some traffic in front of one restaurant.  Their tables remained outside for anyone who wanted to enjoy the stiff breezes taking the temperature down to about 12 degrees.  The traffic ambled along as it ate up the street.

I finally go to the river’s edge.  It lapped peacefully at the shore as though it might have been the beautiful McKenzie River in Oregon.  With the exception of my visit that morning, no one else visited that I saw.  One truck looked like it wanted to commit suicide.  I took several pictures to see if it actually completed the act, but it must have waited for me to leave before rolling to its demise.

I snapped a few pictures of the bricky bank and the boats navigating the murky waters, then headed back to catch my shuttle to the airport, satisfied that I had seen the unexpected seaminess of St. Louis.  Here are a few more pictures of the beautiful Mississippi to upload to your memory before I go.

What are some of your unexpected experiences in strange cities?  Click here for more of the unexpected. 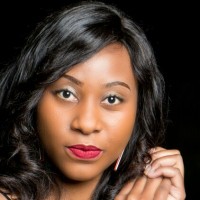 Welcome to the World of Suzanne Burke.

It's a writers world, a world that seeks to explore and entertain

Your dedicated source of all things rum. Reviews, ramblings and obscure folkflore guranteed.

It's not about the newest camera

Want some motivation,this is the place

I can't eat biscuits, but I have a better idea ...

THE PERSEVER OF LIFE
She’s inspired