You all know that I took an online lesson with Leanne Cole.  You can too, by the way.  She gave me some composition tips as well as some Photoshop tips that I’ve been practicing and will share with you today – even though NOBODY asked!!!  hahaha

Composition tip#1  If you take a wide angle shot, to get a record of a building, person, thing, make sure that you don’t cut it off.  It looks like you are being lazy.  Ouch Leanne!  Me – LAZY – I’ve been caught!  I have to work at that because I just automatically go in standing, and shoot from eye level – bad photographer – SOMEBODY SLAP ME!

I did it, I did it! It’s all in the picture!. I might even crop it to make it better.

After cropping, my image is more the focus of the picture.

Composition tip #2  Watch for stuff around the edges of the photograph, such as legs, poles, cars, anything that detracts from your focal point.  I corrected these in Bridge using Camera Raw.  Given that we had to be quick so that we didn’t hold anybody up in line, and given the fact that I had let my camera battery go dead, sometimes you just have to get what you get, and fix it as best you can .  Vince saved the day, and for an iPhone pix, I think this turned out great!  🙂

Cropped, better, but there is still stuff in the background. 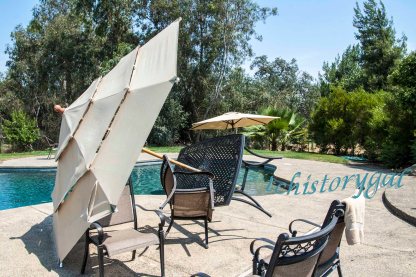 better – I think I actually did this with the camera.

Photoshop tip #1  Work in Bridge in Camera Raw.  Right click on the picture and choose, “open in camera raw.”  You have lots of choices, and it is faster than in Photoshop.  You can edit several pictures at once.  Here are my before and after pictures.  I accidentally shot the pictures on AV and not P.  It was 108 degrees.   Vince wanted to get the table fixed and get back inside.  This edit took just a few seconds.  I pressed auto.  Bridge made its correction.  Then I clicked the scroll bar that said clarity and vibrance and made the pictures a little clearer.  They were all done at once!  Awesome – Problem solved! 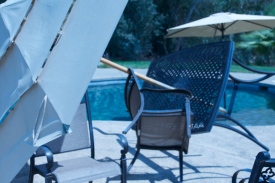 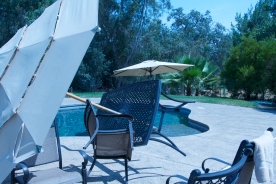 better – I think I actually did this with the camera.

Now here’s the story behind the picture in case you asked me – which you didn’t!  We were inside where it was cool, and walked out for a second to see how hot it was getting.  We both got house bound yesterday.  The umbrella had blown on its side upending and moving the heavy metal table about 4 feet south taking the one chair with it.  Notice in the background, the other umbrella still upright in the holder in the pool  Go figure. We get funnel clouds here, but we don’t call them tornadoes.  They are dust devils.  This must have been some devil of a whirlwind.  🙂 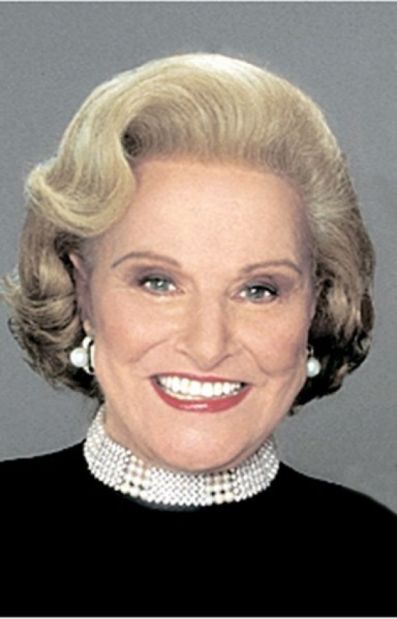 I may be trying too hard to be the “Dear Abby, or “Hints from Heloise, ” of the internet.  Maybe it will take longer than a week to catch on. (hahaha)  Picture me sitting by my email box, hoping, checking it every day. Today might be the day for someone to ask me a question about anything. (Oops!  I’ve broadened the scope of my expertise to God level!  Such  conceit!)  Remember, I’m a teacher with no students.  What’s puzzling you?  Do you have problems?  (Ok, that’s asking for it!)  I’ll listen, at least – like Dr. Frasier Crane. 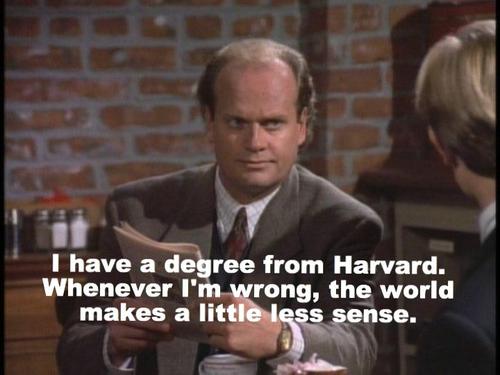