Joshua Abraham Norton came from England to the United States, and like thousands of others rushed to California to enlarge his already hefty fortune of $40,000.  After amassing up to $250,000 at his peak, Norton eventually lost his fortune and his sanity.  Losing his sanity, however, did not affect his ability to make an impact on his community.

Good-looking, with a TOUCH of grandiosity, he declared himself Emperor of the United States, fired the President, and abolished Congress through a series of letters written to the San Francisco newspapers.  Editors loved the flamboyant letters and published them, kicking off his 21 year reign as Emperor.  Being penniless, he had to do something to support his expensive habits, so he printed his own money, and amazingly most vendors  accepted it.  He also taxed the citizens of San Francisco for various offenses such as referring to the city as Frisco. Though a bit crazy, he was well liked, for when he died, still penniless in actual U.S. currency, he was buried with the proper pomp and circumstance afforded an emperor, and 10,000 citizens attended his funeral.  Not bad for a legitimately crazy, street person.  I think I would have liked to meet him.  🙂 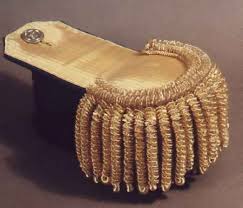 So now you know, Wanda WAS right!  Gold Epaulet for Wanda! My post tomorrow is going to be up to you.  I have tons of ideas and tons of pictures you’ve never seen, and there is no way that they are all going to get written.  Not having Ralph’s amazing degree of PhUN, I’m going to offer what I THINK I know and do best.

28 thoughts on “Norton I, Emperor of the United States…”